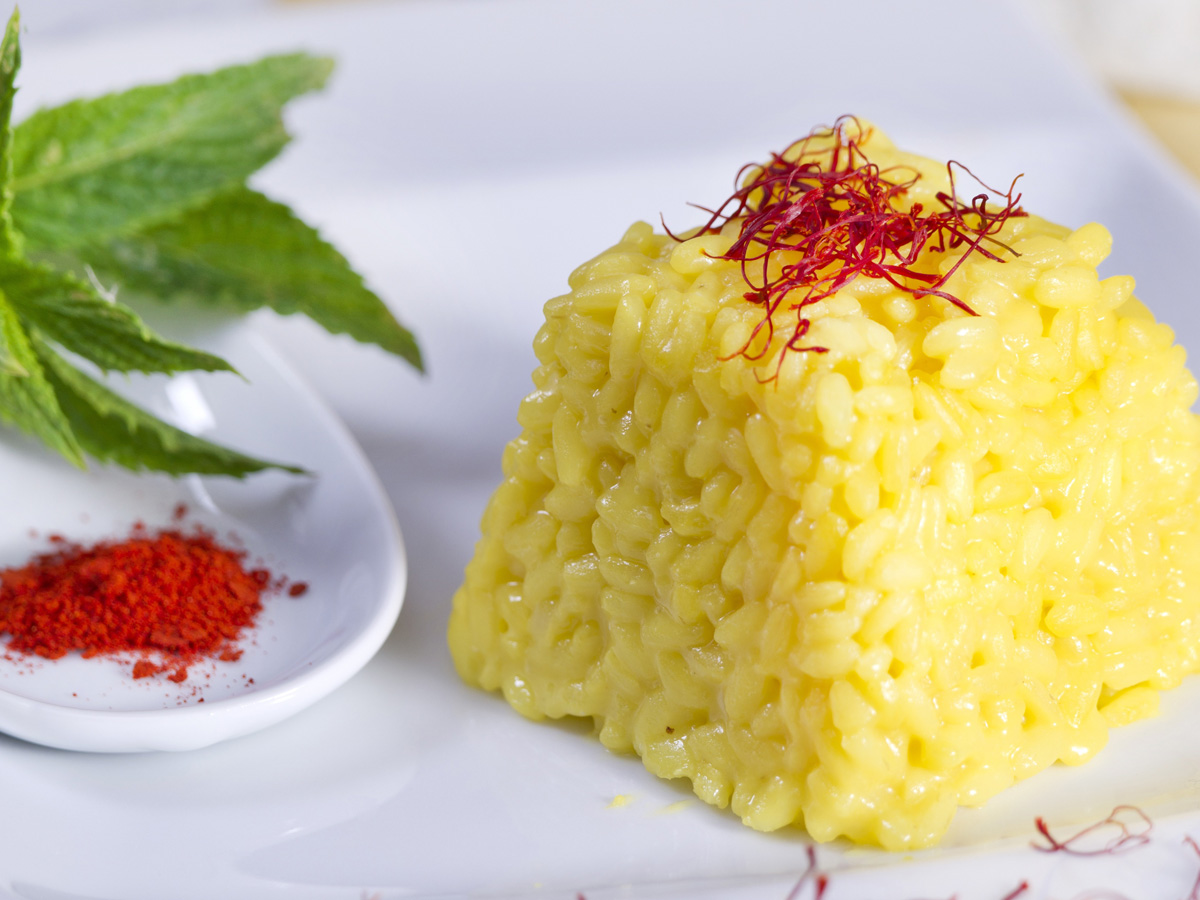 Curiosity: “The story tells that in 1574 Master Valerio of Flanders, the Flemish Louvain who was then working on the stained glass windows of the Cathedral of Milan was assisted in its work by an assistant who was nicknamed Zafferano (Saffron). His nickname came from the fact that he used to always mix a bit ‘of saffron in its mixtures of colors to make them more vivid. As a joke one day the teacher told him that sooner or later he would end up putting the yellow also in the dishes. Zafferano took him at his word, and on the day of the wedding of the daughter of Valerio he  did add the saffron to the rice, at that time the rice was topped with butter only. The risotto, initially greeted with amazement and suspicion by diners after all had a great appreciation, thanks not only to taste of the saffron, but also to its golden yellow color, synonymous with wealth and happiness. It was such a success that the news of the dish  became “fashionable” very quickly through the city, and soon every Milanese tasted the risotto colored in yellow.”

Finely chop the onion, in a large, deep saucepan over a medium to low heat, melt 80 g of butter being careful not to fry it, then add the  onion and let it fry, stirring constantly with a wooden spoon, until it is transparent.

Add the rice and toast it ,making it absorb the butter, then increase the heat and pour the rice with the hot stock, one ladle at a time, allowing the liquid to be absorbed after each addition and stirring frequently.

Continue in this way until the rice is tender and falls off a spoon heavily – this should take approximately 20 minutes.

Once the rice has reached the desired cooking,it should be removed from the heat add the saffron and whipped with grated Parmesan cheese and the remaining butter. At this point, taste the rice and salt if necessary adjust it: we recommend you to do this just before the end of cooking, as rice is soaked in salty broth that is already in itself, so it is best to check the degree of flavor to term, in order to avoid disappointment.

Before serving, it is best to leave the saffron risotto rest for a moment, so that it can absorb the taste further. 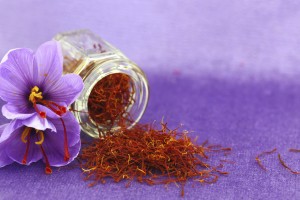 CTG suggest to pair the dish with: