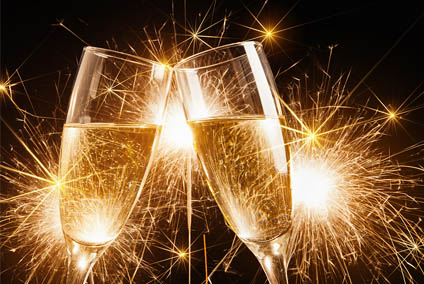 All over the world we celebrate the New Year. Midnight marks a passage that reminds the world of the end of something and the beginning of a new path to follow. All symbols and customs of  New Year have historical roots very ancient and deep-rooted that often are not known. Why do people dress in red? Why it is good luck to eat lentils or pomegranate? Why do you shoot the barrels? Why do you throw the old things? And what are the traditions in the rest of the world? Let’s find out …

HERE SOME OF THE MOST KNOWN TRADITION IN ITALY…….

LENTILS MIDNIGHT. One of the most popular rituals throughout Italy is to eat lentils at the stroke of midnight on December 31. This custom seems favorable for the abundance and richness

THE BARRELS OF NEW YEAR. Even the “barrels” New Year are the manifestation of the will to ward off evil forces and evil spirits that are unleashed in a time of transition from the old to the new year, the “barrels” are today also the joy of  New Year arrival.

THROW AWAY OLD THINGS AT MIDNIGHT . The custom feature more as a rite of elimination of evil , physical and moral , that has accumulated over the past year is to throw the pieces at midnight. This custom is widespread in many parts of Italy and is still living in large cities such as Naples and Rome .

THE FIRST 12 DAYS OF THE NEW YEAR . Another widespread tradition is linked to the “calends “: it is believed , in fact, that by the weather of the first twelve days of the year we can predict what it will be over twelve months.

WEAR RED UNDERWEAR . The Italian tradition also follows the custom of  wearing red underwear  New Year’s Eve. It is a way to attract the good wishes for the new year .

POMEGRANATES AND GRAPES . Are the fruits which are indispensable on the table of the New Year’s Eve . It seems to bring good luck … even just looking at them .

…. AND IN THE REST OF THE WORLD

In Russia, after the twelfth stroke, it opens the door to let in the new year.

In Ecuador and Peru they hung, outside their home,  mannequins of paper, and at midnight they are burned in the streets.

In Japan, before midnight, the families go to temples to drink saké  and listen to 108 strokes of the gong announcing the arrival of a new year (it is believed that 108 is the number of sins that one commits  in a year and this  way we purify).

In India, the New Year can not be celebrated  at home: it must be out into the street.

In Romania people talk and wish good luck to animals.

In Brazil you must wear white clothes or golden.

In the Philippines, the celebrations are very  noisy, in the belief that the noise scares the evil beings. There is often a midnight feast with twelve different round fruits in fortune for the twelve months of the year to come.

In Greece a special bread is cooked, inside of which is a coin. Whoever gets the slice with the coin, it says will be the luckiest.

In Wales at the first midnight stroke the front door is opened and then closed again to release the old year,  at the twelfth stroke of the clock, the door is opened to welcome the new year with all its goodness, fortune and prosperity.

In the Netherlands, New Year’s Eve, Christmas trees are burned, in order to delete the old and welcome the new.

In Chile people go to visit cemeteries and sits waiting for the New Year with their dead.

In the United States kissing at midnight eliminates the evil kiss at midnight.

Whatever your traditions are CTG toast with you a Happy 2016!

For a better toast we suggest: 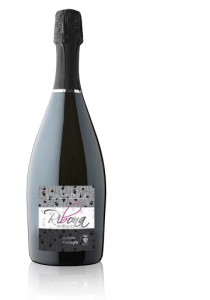